Book Subyn For Your Event

Book Subyn For Your Event

I began acting and modeling at Age 14, and quickly learned I never met a stage I didn’t like.  When I was 15 I began interning at WUSA in Washington DC and developed a passion for broadcast journalism, because of the ability to share someone else’s story to thousands of people through News.  I continued modeling, acting and journalism throughout high school and college.

After college, I began my philanthropic journey of volunteering and serving with different organizations.  When I took the stage as an emcee at Alice Coopers annual Christmas Pudding in 2016, I saw all my passions colliding as I saw the auctioneer take the stage and raise money for the Solid Rock Foundation.  I knew at that moment that being an auctioneer was the answer to my question, “what was I created to be?”

Auctioneering  encompasses all of my passions of Philanthropy, being an Advocate and Spokesperson, raising money to make a difference and of course boldly capturing the attention of an audience to share the message of the organization.

Subyn was taught by her mentor, world acclaimed “auctiontainer” Letitia Frye, that being involved in the charity you raise money for, will make you an even better auctioneer.

The key to a successful event is to engage the audience. People need to be drawn into the beauty of your cause. There needs to be a voice that draws people to action. I will be the voice that causes people to respond.

Subyn In The Spot Light

Because Arizona is home to countless charities, fundraising events take place often and in many forms: from black-tie dinners and themed galas to golf tournaments and (these days) virtual get-togethers. These events are highly anticipated year after year for the unique experience they provide attendees. The better the experience, the more likely attendees will donate to the event’s cause. Therefore, a fundraising event must have a stellar auctioneer. Someone who grabs the attention of the room with their ease on stage and zest for philanthropic giving. Someone who personifies an organization’s mission. Someone who effortlessly curates an environment of generosity. Someone like Subyn Novelle. Since becoming a benefit fundraising auctioneer five years ago, Novelle has helped raise close to $10 million for charity. 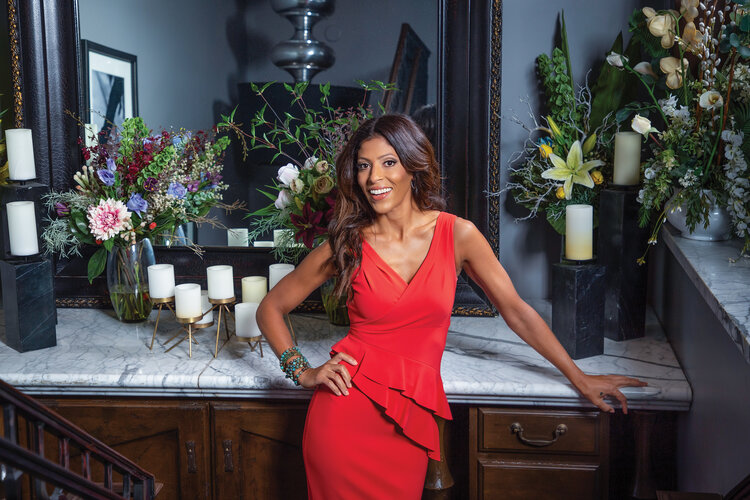 Subyn Novelle Featured in So Scottsdale